What happens: Voters worried about the PQ winning and not comfortable with Legault and the CAQ, swing back to Charest and the PLQ.

Why I think this will happen: CAQ voters are very uncertain, and clearly, have been peeled away from those who wanted to vote PLQ earlier in the campaign. While Legault and the CAQ have run a good campaign, they have not been able to ally the fears of PLQ voters that the CAQ is just a different flavour of PQ.

Why I think this wont happen: People don't want to vote for Charest and the PLQ. The PLQ offers little in terms of positive rationale to support them and most of their election campaign has focused on the PQ and CAQ. The PLQ is seen as old, tired, and corrupt, and the chance of voters swinging back to the government in the face of "scary" opposition parties is not the same as in Alberta due to the fact that the PQ has been government multiple times, and the CAQ (formerly the ADQ) has held the official opposition in the past.

(Aut stands for Autres, or, "Others" in French) 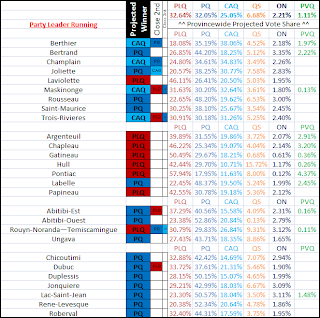 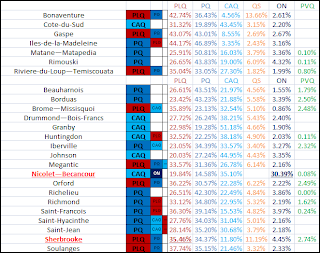 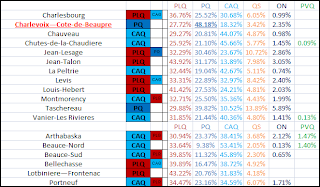 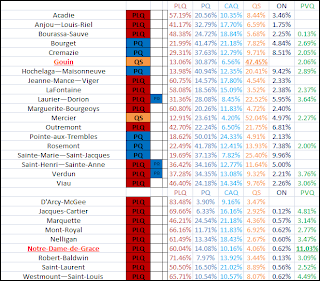 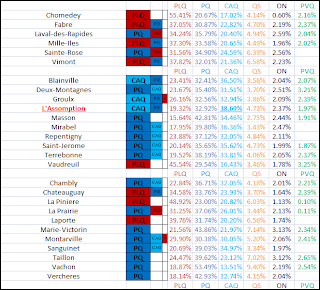