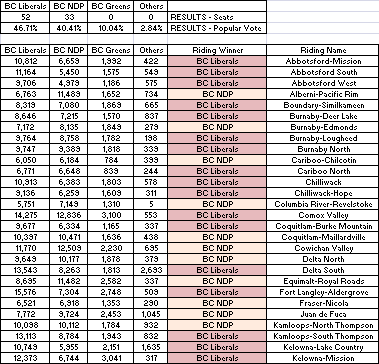 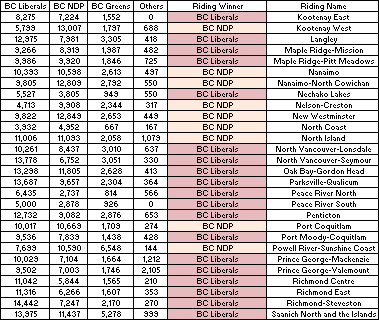 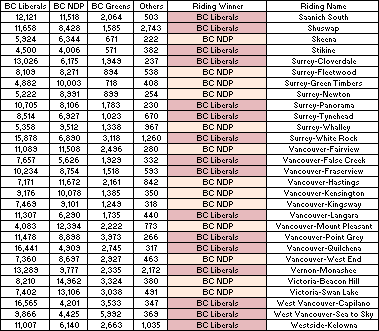 Posted by Unknown at 1:40 AM No comments:

Our current projections are...

I was going through our old posts and found one from January of 2008 that I wrote...

I was reading wikipedia, and about how Japan’s economy took a nose dive in the 90’s thanks to the bursting of their housing bubble. This created a domino effect on the economy and cause a decade of stagnation in Japan.

I’ll leave the rest to your imagination.

EDIT - these protesters have now left the highway.

This will be my last post about transit issues on this blog, this week we will create two new blogs to separate out...

Our election projections (which will remain here at niXtuff)

Regardless, anyone reading this in Toronto before their monday morning commute, beware. It threatens to be utter chaos. Tamil protesters have shut down the Gardnier, and all traffic is being forced to exit at Jameson. The police have, for safety reasons, closed the DVP. The allen was, as of 10pm, backed up to Lawrence southbound. Anyone wanting to head into the city tomorrow morning is well advised to take transit. Alternate routes (Don Mills, Lakeshore) are going to be overcrowded. If you have to reach the core, try roads like Avenue, Dufferin, College, and Gerrard.

Unfortunately, GO Transit's lakeshore west line is already overcrowded, and they have little to no extra buses to help. GO Transit gets the smallest per-fare subsidy of any public transit agency in north america, ahead of the TTC, which is #2. My personal suggestion to those in Halton or Peel who need to get into the city is to take GO's milton line, or to get on to the TTC subway. King and Queen streetcar routes are likely going to be insane, avoid them, take Dundas if you can. Also avoid the yonge subway line south of bloor, take university if you can. If your workplace allows it, try to come in an hour early or late to avoid the worst of the mess.

A political note, there has been debate to tear down the Gardiner (as it blocks the view) east of Jameson. If the protest remains, the entire city will get to experience just what that will feel like. My read is that if the protest is still there tomorrow morning at 8am, Toronto will never ever allow the gardiner to be taken down due to the pure chaos this will create.
Posted by Unknown at 12:04 AM No comments: